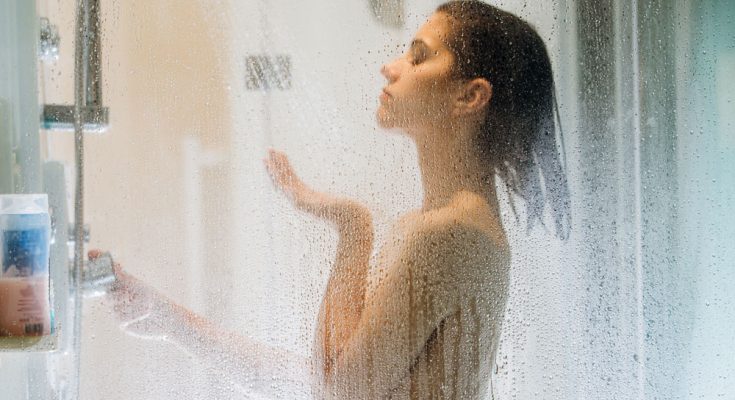 The purpose of spiritual cleansing is to seeking the removal of trauma energies from the body by applying a caring and delicate touch to affected and afflicted parts of the body whilst washing that have become wounded by trauma and made impure by sources of ego.

It was originally lady who was commenting in an online healing group who shared with us that her main cleansing ritual involved using a bar of soap whilst in the shower, this seemed really ordinary and unremarkable, but I was curious to know more about this and how could a physical activity such as this begin to work on the spiritual self or have the ability to remove a psychic impurity from within the body as I was accustomed to working with energy healers, but I soon began to practise and experiment with this method and have refined it down to what I describe a bit later.

What I found was that by lightly massaging certain areas of the body, it would eventually trigger and facilitate making the mind focus on something specific, this to me felt distinctly more emotional and psychological in nature than physical sensation, even if it was physically focused on muscles or at the location of internal organs such as the heart and this was the motivation behind the photo and the earlier article that discusses what is impurity at greater length and detail.

Impurity is often characterised by corresponding physical changes to one or both eyes that can make someone look more sinister, changes to the cheeks that correspond with bad attitudes or perversions and changes that make the neck muscles seem to droop or fold over, these are all things in my experience which seem to correspond with something spiritually impure rather than being genetically pre-determined and also to say that in the case of the neck, it isn’t necessarily anything to do with diet, exercise or body fat, it’s changed deliberately to communicate something unsavoury or impure in character.

My own body’s response to delicate touch sometimes included spontaneously induced crying in response to emotions like guilt or shame and at other times locating a source of impurity would trigger a visceral response from my physical body and emotions along the lines of disgust in response to something that was done in the recent or distant past that was either impure or unspiritual in that it resulted in harm to either myself, someone else or sometimes both.

In this exercise, the bar of soap is partly to provide lubrication for massage during a shower but it is also to assist turning this into a cleansing ritual by focusing the mind in the proper way. During this, you’re really allowing yourself to wash away something inner in the spiritual sense using the mind and it’s not at all about removing physical dirt or grit from the skin, this works much deeper than just providing a soothing or relaxing massage to the body.

Once you’ve physically cleaned yourself and rinsed off, lather up some more soap suds in your hands and then begin to make very delicate contact with your skin, you need to have direct contact from your hand to your body without using a shower scrunchie, begin to move your hand in a sweeping motion over an area of skin in order to scan for a problem. This could for example be down an arm, along the chest or abdomen or down the back of the neck or over the scalp. Very light contact with the skin is normally all that is needed to identify and locate a source of impurity, there’s often a corresponding change in feeling and sensation at that precise moment in that location; sometimes it seems to turn into a bad taste or energy you experience in your mind and body, more than it is to be found on the tongue, although I do believe these could also be linked through the nervous system.

Continue to make gentle light sweeping motions over that area of the body, allow yourself to surrender in body and mind and pay attention to the content that comes up in the mind as this will be what communicates the underlying cause or reason in order to learn, grow and develop your state of being thereon. The physical motion on its own isn’t enough, the pressure really has to be light, caring and done with a delicate touch, something that is in line with self-care and a healthy respect for the body and self-love for oneself, something you’re more likely to experience during a tantra massage than you are during a normal shower.

Some areas require small and delicate circles over a body part rather than longer sweeping motions and it’s usually normal for several passes or circles to need to be made before the mind can begin to really connect to the source of any trauma or impurity. I tend to think of healing trauma in terms of lightly massaging a bruised apple or peach, but remember you’re looking to heal and let go of an emotional wound more than you are a physical bruise sustained through an injury, it’s just that during this the body becomes the tool or portal into the mind in which to reach and access this content, but often the surface of the body will feel bruised and sensitive, even if there’s no physical trace to see.

But make no mistake, going through this exercise is not a very unpleasant experience if you find something as it’s bringing to the surface various dark emotions, unhealed wounds and delves into the content of impure energy, emotion and trauma. There’s an added emphasis here allowing yourself to release and letting go of something harmful. Sometimes the natural response triggered from the mind is to immediately begin to feel sick or disgusted with oneself, and there’s something about showering that makes this method and place more suitable than say taking a bath for example or going for a massage with a massage therapist as there just isn’t the sense of personal space and privacy you may want or need.

However, I recommend that you allow yourself to focus on the positive end results you want, it becomes much easier and spiritual cleansing can result in removing stagnant energy and emotions from the body resulting in removing the sources of unpleasant and sickly sensations that can correspond with impurity, dark emotions and sometimes instances of cancer.

What is necessary for this to work is to accept and allow the surrendering to take place as any physical or mental resistance to it will prevent the trauma from being accessed, but this really requires one to feel safe and secure, and then the further willingness to accept, hear and let go of whatever you hear in mind, which is usually something painful or unpleasant to experience or re-remember. In my experience this isn’t the sort of thing you can just due in your morning shower before work, you either won’t have the time or you won’t be able to get into the right emotional frame of body and mind, so either try this during the evenings or weekends.

It will also assist in opening the spiritual heart centre which is somewhere we’re more sensitive to the reception of love, the heart centre will usually be closed or blocked off in response to doing something either unkind or unloving to someone else or violating divine law and often corresponds with impure energies and contracted muscles in the centre of the chest. When these inner negative energies connected to trauma are healed and released from the body, the physical system usually experiences a change from the mind that releases the tightened muscles and one experiences a release of constriction due to tightness and tension, this can often feel like a marked difference and improvement from having lived this way for a long time, usually what a person will experience prior to going through a spiritual awakening.

It can begin to heal physical organs by allowing the mind to process the underlying reasons why something has become diseased or dysfunctional in the first place, form here it may begin to release some of the damaging effects of disease and karma to the body, something that is most noticeable by way of changes to the face in my opinion as later on it really begins to restore the physical appearance of muscles, changed facial features and the natural symmetry of the face, however, it works on other parts of the body to, such as having a sagging belly, which can have spiritual causes beyond lack of physical exercise alone and these observations became the basis of writing about ego balancing.

This mental processing of trauma is one of the reasons men are encouraged to periodically feel and massage their testicles, discovering something physically wrong there is merely to inform there is something wrong further pertaining to an inner cause, which is usually a spiritual reason that gets processed through the mind. Precisely the same thing occurs to women’s ovaries, although the causes and reasons are usually different and whilst some are shared, there’s usually a distinct theme between masculine issues and feminine issues.

Based on what I was told recently, absolutely everybody has at least some issues related to a serious source of impurity or spiritual corruption, which is why I believe this should ideally be done regularly as part of a necessary spiritual cleansing practice that can be incorporated into daily life and living in order to resolve any underlying inner problem(s).

Another reason why this should be taken seriously is that it’s a necessary and natural part of spiritual evolution, not only does it help to heal and restore the physical appearance of the body such as having a sinister-looking eye for example (as many people do), but it will begin to align you with ascension’s spiritual expectations, this rather unusual mystical phenomenon is what separates the worlds of lower humanity with the more evolved and better off higher humanity by way of spiritual veils that can’t be seen and separate dimensions, but are usually felt and experienced by changes to inner vibration and frequency, particularly during meditation.

Do this on a regular basis and really feel the difference it makes to you mentally, emotionally and the positive transformative effects it has as it begins to heal and restore parts of the body damaged from the effects of trauma and karma. 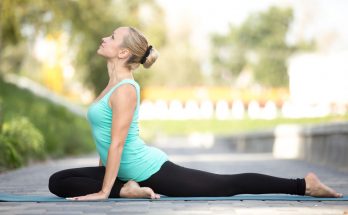 Advice for Healing the Ego 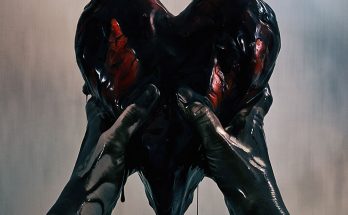 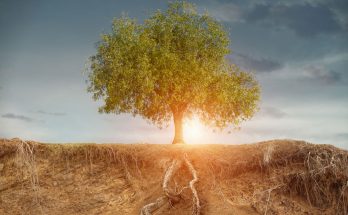 How to Ground your Spiritual Energy