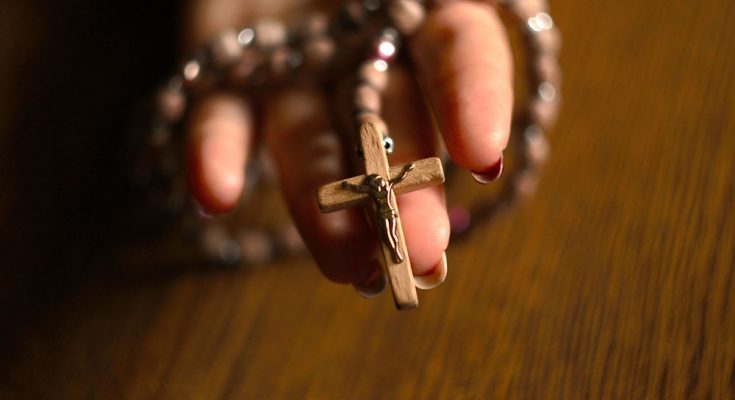 Jesus Christ was a master Shaman best know for his work on removing demons, entities and spiritual attachments.

Anybody going through a spiritual awakening as part of the Earth ascension process will probably need to seek removal of at least some demons, unpleasant entities or at the very least unconscious egoic-behaviours as part of healing the personal shadow.

Removing a demon using the power and invocation of Jesus Christ’s name requires belief, willpower, effort and strong intent, once you’ve done it a few times, it becomes easier. The most readily available and practical tool that is available for removing a demon is the invocation of Jesus Christ’s name in conjunction with an appropriate command statement or personal affirmative statement that you believe in totally.

I scanned a lot of Christian literature whilst looking for an exorcism removal method and instructions and I’ve yet to come across anything that actually teaches you how to do this. For anyone going through a spiritual emergency, it’s handy to understand that a person doesn’t necessarily need to be a religious Christian in order to perform an exorcism using Christ’s name. Jesus was known by many of the major religions, he is considered a holy prophet in Islam and he was known to have visited India, giving speculation that Hindu’s may also recognise him. In the New Age spirituality, Jesus is recognised as one of the main Ascended Masters. Such masters have been used in film and movie literature when depicting the humble Jedis in the Star Wars movie franchise, which unknown to most was heavily influenced and inspired by the spiritual movement of Anthroposophy.

How do I form a strong belief in Jesus Christ?

In order to form a strong belief in Jesus Christ, you will need to reclaim your natural innate human sense of empathy by re-sensitising yourself to the care, well being and compassion for your fellow human beings, cleaning and opening the heart, which has often been closed and then shrouded due to repeated overexposure to heinous violence in movies and computer games. This means recognising many of the serious forms of unjustified violence and aggression as denoted by psychopathy from lesser to greater degrees committed against other people. It can help you to understand that even in war and conflict there are usually rules of engagement designed to prevent or limit civilian casualties. Begin to familiarise yourself with the knowledge of evil so that you can recognise it and then begin the process of clearing your soul and consciousness from negative soul lessons, trauma and personal karmic afflictions.

A lot of what we consider to be harmless entertainment has a profound impact on the choices made by the soul, consciousness and spirit that dwells within us. Yes, it’s possible to watch some entertainment that incorporates the real archetypal fight between good versus evil and light versus the dark, but one has to be mindful of who the real enemy is at all times and can the use of force, violence or death be justified?

It’s a good idea to watch and study the Passion of the Christ by Mel Gibson to get a modern-day re-telling of Jesus Christ’s last days. If you already believe in Jesus on your soul level as per Christ Consciousness then you already have the power to remove demons and entities within you. For many of us living as adults today, you might originally have been you’re lucky to have read about it in school. If you follow spiritual emergency groups or some Christian community websites you may also learn how their personal experiences of either meeting Jesus Christ in his ascended light body lowering in frequency or through inner meditations and astral interactions.

Understand that Jesus rebuke came from his inner being consisting of soul/spirit and ego-personality against the various negative lures, lusts, vices and addictions that were offered to him.

In modern times “lesser demons” are most recognised through the secular language of egoic behaviour and negative energy, which essentially means a combination of behaviour, actions or habits and character that are deemed harmful and detrimental to the individual and the rest of society. For more information on egotism and egoic-behaviour please watch out for my article on Healing Egoic Behaviours and what to spot and look-out for next week.

There are prayers you make which can be done in preparation for an exorcism. There is a range of books by Derek Prince that contain suitable prayers that will get the attention of the spiritual light.

You may wish to hold a cross, significant pendant or rosary for added conviction, however, this isn’t necessary to perform the exorcism itself.

The exorcism process itself is very simple, however getting the ego personality of the individual to co-operate will often be ineffective unless they actually come to you and ask for healing. If you’re determined to remove somebody’s demon regardless, it will probably offer resistance to you.

If you know precisely what demon you are dealing with, the intent behind the removal becomes stronger if you can acknowledge and name the demon directly.

“Demon of (perversion/cowardice/lies/lust/hypocrisy etc) come out of (me/person’s name), I Command in the name of Jesus Christ.”

This command statement can either be spoken within the mind or out loud for added effectiveness if necessary when performed on somebody else who’s come to you for this purpose, otherwise using the mental inner space is more appropriate as not to cause fear. Saying this out loud during a spiritual crisis or manic episode depending on which parts of the world you live in, can, unfortunately, look like a state of psychosis or be used to justify delusional thinking and behaviour, particularly in the west this is the case.

Undertaking this process will rapidly accelerate your spiritual growth, clearing of afflictions that are a result of both personal traumas received and that which you have unfairly or unjustifiably afflicted on others.

The command statement should:

Once you are practised you will be able to do this by invoking the command with a single repetition, however, in the beginning, you may need to repeat the command several times to build the authority, power and momentum required.

Understand that the terms Satanic and Devil are merely Christian labels given to this dark spiritual energy but may be better known in secular terms as Negative-Energy or Fear-based energy.

When you clear and exorcise your own inner demons, watch alert for any of the re-bound statements of the ego and what they say, it will either hint what the demon is so that you can acknowledge the cause whilst also learning whether or not your command and intent is powerful enough to remove it.

When rebuking and calling out the demon, know that the name of Jesus Christ carries all the power you need to remove dark forces and spirits and that they must obey this when spoken with belief and conviction.

The Christian teachings on Sin allow us to identify the main culprits and also see Seven Deadly Sins which include:

By reflecting back over the course of your life you may be able to identify which ones are relevant to you both past and present. If you’ve made strong effort to improve yourself through breaking bad habits, vices and addictions for a sustained time then many may have been removed or have dropped away on their own through your perseverance and determination to change. The more you remove from yourself now, the more your ego and character will heal itself and take on board more positive qualities that will become externally reflected and manifested in your life.

During a Kundalini awakening, it is normal for many people to experience sinister inner-spiritual voices that come from various spirit entities that come to challenge you, based on both your present lifetime and also any number of past lifetimes. This can come as a surprise to us, as most of us do not have access to the entirety of our past life memories and due to cultural perspectives aren’t aware of these spiritual energies.

Weak spoken command statements won’t work, so often you’ll have to use repetition and practise on building the power and intensity each time. As you do this you may perceive inner mental feedback from mental ego-thoughts that provide a degree of feedback in the form of not accepting your right to remove it). Rather than letting a demon go free to wander the earth plane, you may also stipulate in your removal command that you want it sent to “Hell” – this is Christian label for the lowest-astral region where all manner of dark, negative and unpleasant entities reside. Once the ego-mind rests silent, you will know that your inner-demons have disappeared.

The demon’s negative energy will usually be split away and removed from your inner astral body and give rise to sensations of either unpleasant, dark or heavy stagnant energy falling away from you, sometimes you may experience a chakra opening and energy being ejected and sometimes you may experience something being ejected from the body at high speed that may even cause a tear or hole in the auric field. As you do this may experience a shudder in your body as your soul shakes off and releases these negative energies.

Once you’ve removed a demon it is advisable that you clean your own personal energy and cleanse your space using a range of prayer, mist essential oil sprats, rituals or cleansing techniques both energetic and physical. It is also advisable that you seek Shamanic healing work for repairing your aura and clearing your internal chakra system.

In order to avoid catching or making other demons, it is advisable to ensure your energy field is then later repaired and that you do not cause any more tears through performing acts of known and recognised sin nor engaging in serious egoic-behaviours. It normally takes a degree of time to adapt to un-doing your egoic-behaviours and re-conditioning and re-enforcement of your positive behaviours.

By genuinely healing one another we accrue spiritual manifestation energy that we may then use to improve the quality of our life experience in proportional and significant ways. 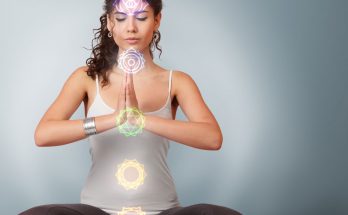 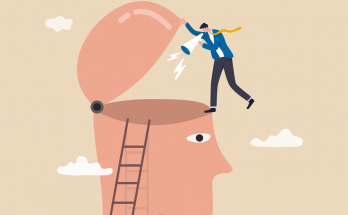 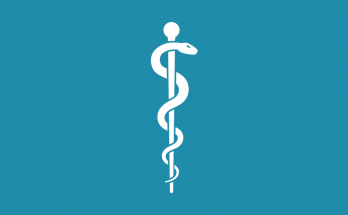 How Do I Cure My Coronavirus?